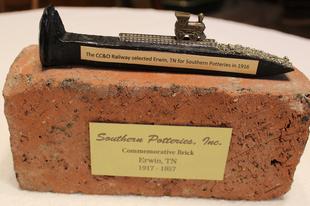 For a copy of this video, you may contact Richard Riggs at RLRIGGS78@YAHOO.COM 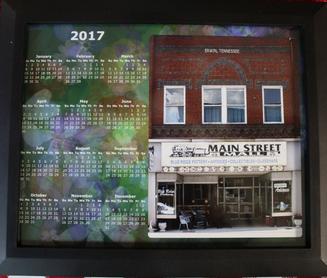 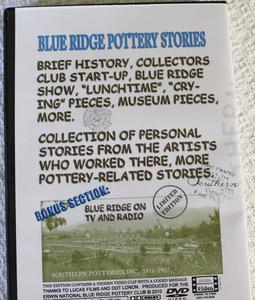 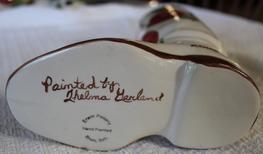 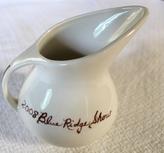 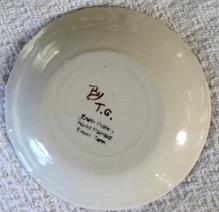 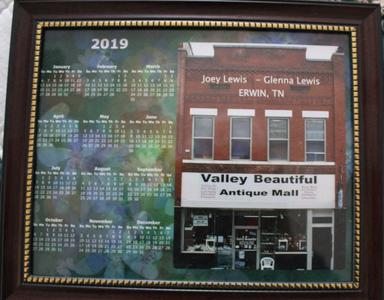 Just a few comments before we show you the photos.  The commemorative pottery was made by Gary Smith of the Erwin Pottery and painted by Thelma Garland, one of our original pottery workers.  We made photos of the pottery starting in 2008.  In 2009 we not only had pottery sold at the front desk but produced a cookbook for the vendors and the public.  The cookbook was printed and put together by Keith Whitson and Nellie Pate of the Erwin Record in Erwin, Tennessee.  The original pottery worker interviews located in front of the cookbook were mostly done by Midge Ervin.  Larna Smith and Carol Riggs assisted Midge.  The recipes were provided by the members of the Erwin National Blue Ridge Pottery Club including our original pottery workers.  In 2010 Richard Riggs produced a wonderful video for the vendors called "Blue Ridge Pottery Stories".  Midge Ervin interviewed all of the willing pottery workers we could locate.  This video was available at the 2010 pottery show for $20.  The club sold out all their videos but you may contact Richard Riggs at rlriggs78@yahoo.com for a copy.  Add $5 for shipping (USA only).  In 2014 Carol Riggs dug up and cleaned some original bricks from the Southern Potteries, Inc. building that was recently torn down.  She found enough bricks for all of the vendors.  Larna and Bill Smith had a small brass plaque made for the commemorative brick.  In 2015 Carol Riggs designed and made a miniature collectible based on railroad spikes found near the original Carolina, Clinchfield and Ohio railroad bed.  Last year Larna Smith also suggested we start a series of commemorative tiles based on the French Peasant design to be available at the shows.  In 2016, we gave the vendors a framed photo of Main Street Mall with a 2017 calendar.  The owner, John Hashe, sold his building and we wanted to preserve it in history.  In 2017 we made a 2018 calendar with three of our original pottery artists.  In 2018 we prepared a  2019 calendar with the Valley Beautiful Mall owned by Joey Lewis and Glenna Lewis. 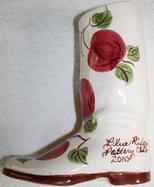 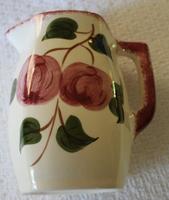 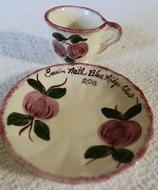 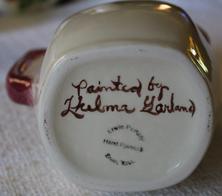 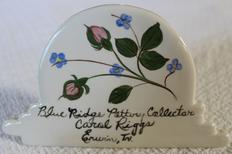 OUR PAST COMMEMORATIVE ITEMS 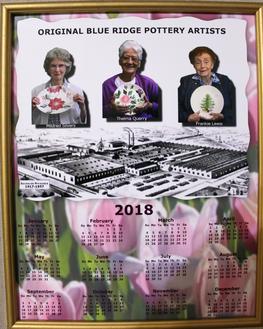