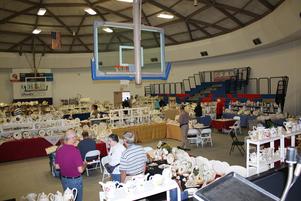 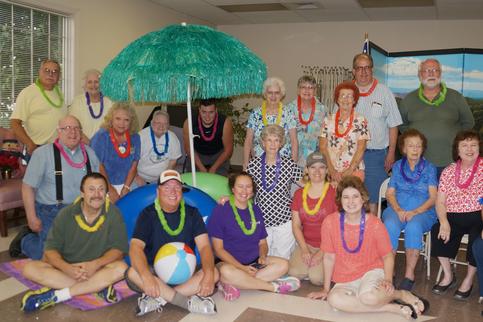 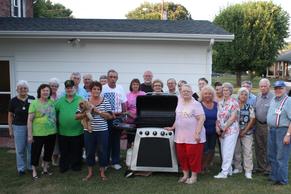 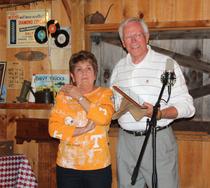 Larna and Bill Smith hosted our July Club Meeting at their house.  What fun - a 2014 July 4th cookout.

June 6, 2016 Meeting with a Luau theme set up by host and hostess Angel and Keith Duncan.  Photo by Missy Lewis.. 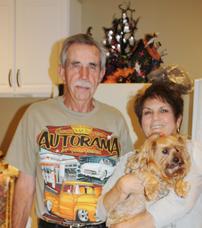 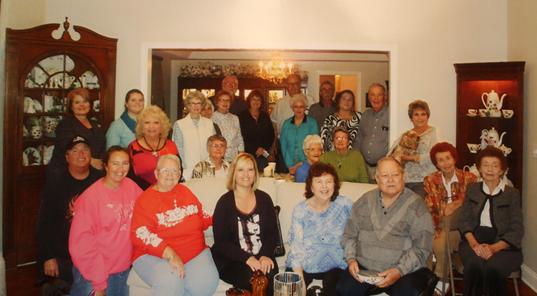 In 2011 Thelma Garland (one of our original Blue Ridge Pottery painters) helped Larna set up the show. 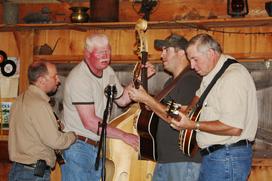 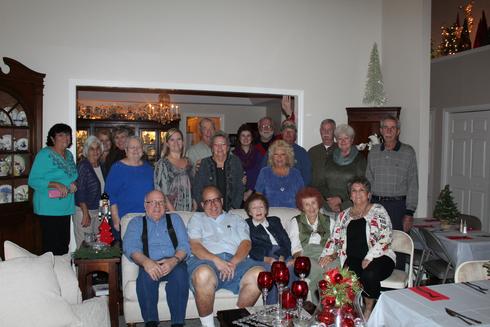 Another fun evening at Bill and Larna's house in September 2013 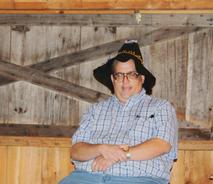 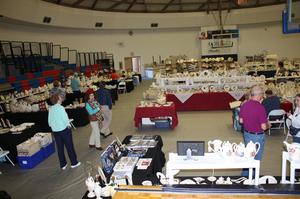 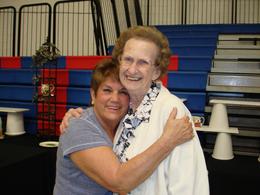 Mike Riddle, our President in 2011, presents a thank you plaque to Larna Smith for her continuous hard work on coordinating the show with the vendors.Every year we plan an evening for the vendors a day before the show starts.  In 2011 we had the Spivey Mountain Boys entertain us along with Joey Lewis and his story telling.